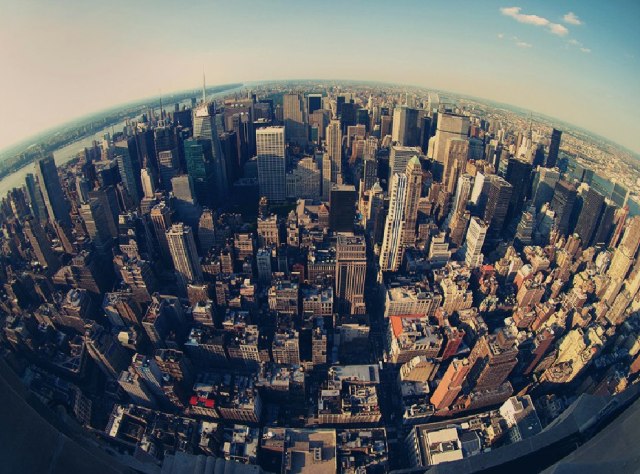 I know, I know, where have I been, right? Can’t believe it’s a month since my last update. And I started the year like a blogging machine. #fail

Anyway, there is a reason… I just moved to NYC. Yep, I’m hanging up my minimalist and digital vagabond shoes for a while, and now have a lovely apartment to call home. A couple of weeks ago, I didn’t own a pillow. Now I have a whole bed. (Side note: it takes a surprisingly lot to furnish a place.)

There was quite a bit of rationale behind switching the base of The Fetch HQ and I’ll dive into a little of it below.

For starters, NYC has definitely proved to be the media meets tech capital of the world. I’ve really resonated with Meetup, Etsy, General Assembly, Skillshare, Kickstarter, Foursquare, Thrillist, Refinery29, BuzzFeed, Flavorpill, Brain Pickings, Creative Mornings and other Made In NYC goodies for some time. I feel The Fetch’s startup DNA is similar.

A recent book called Tech and the City: The Making of New York’s Startup Community by Alessandro Piol and Maria Teresa Cometto, with a forward by Fred Wilson, is a recommended overview. I’ve just starting reading the Kindle edition (god bless Amazon Prime and its lending library!) and already feel way more conversant and familiar with the ecosystem from the first few chapters.

Startup Genome published its annual worldwide startup ecosystems report late last year. While females are still underrepresented as founders of tech companies, New York leads the way of the top city’s list with close to 20% women entrepreneurs. I went to an event at the Apple Store in SoHo tonight featuring Brad Feld and one of the authors above, and was blown away by the amount of driven female founders and investors packing the room. Before ducking out, I was caught in a line of around 20 women waiting to ask the speakers questions. It was such a foreign yet incredible ratio for me.

Like others, I’ve also found the startup cultures differ between the San Francisco Bay Area and NY. This article from Online MBA from March this year offers a solid comparison of Silicon Valley and Silicon Alley.

RebelMouse’s Megan Berry also wrote a post for Huffington Post around the time of her relocation on Comparing New York and San Francisco Tech Scenes.

The government is also playing a big role. It seems there has been some cool shit going down ever since Rachel Haot took over as the City’s Chief Digital Officer. Check out Made in NY (celebrates the city’s media, entertainment and digital industry), Mapped in NY Digital Map and the one and only New York Tech Meetup’s Made in NYC list. The latters monthly meetup is now approaching 30,000-plus members, which is a feat in itself.

NYC is massive but it’s still an underdog compared to the Valley and as a result, I’ve found the community tighter-knit, extremely welcoming and very inclusive. People are open to coffee meetings (yes, they can be a time waster and sin but less so when you’re new somewhere). On my most recent trip here, I left feeling I could really make a contribution and dent. I hope to in SF as well – but have often felt drowned out with all the noise there.

We will continue to curate and share more links in upcoming issues of The Fetch New York.

For now, I’m trying to give this non-Night Owl thing a try and go to bed earlier.

If you have any cool happenings or recommend anyone I should meet with in NYC, please forward my way.

To finish, I finally get why people say “New York, New York”. Took some time but I got there. :)