I was riding the subway today thinking about product and brand evolution. Part of what I love about technology is that it changes so quickly and instead of forgetting about origins, the early days of a product or identity have to be embraced in the story.  The Internet Archive’s Wayback Machine is also good like that – everything is captured and there for one to dig up.

I love how Dorsey’s original sketch of Twitter (or what was known in 2000 as stat.us and in 2006 as twttr) is published on Flickr for all to see. It shows how far the platform’s come – and makes me contemplate a world in which it never existed. The drawing’s had over 350K views to date. The sans CSS mock-up is here.

While it’s still only the beginning with The Fetch, I dug up the first lo-fi wireframe I did in early 2011 to share below. It’s contrasted to a recent Fetch. I’d love to see your company’s #throwback. 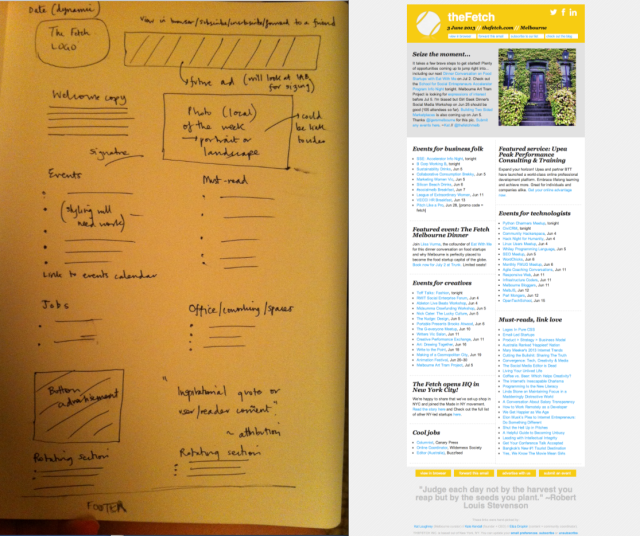 P.S. We just launched in New York.
P.S.S. I’m hiring a content manager/editor to come join me. Please have a read and pass it on.