Over the years, I’ve had to increasingly deal with the position of a somewhat budding public profile. This mainly started with some time editing Marketingmag.com.au and more recently with general digital commentary to a growing Twitter audience. I’m mainly stating this not to bang on about myself (#yawn) but because I’ve found it quite an interesting journey – especially as a woman. I feel as I’ve refined my beliefs, developed my voice and put myself out there, the more people either switch on or off. I’ve been pondering whether I should continue to express myself more and my opinions, or say less. I looked around me and noticed most people were in the non-polarising camp. I then thought about women that regularly reach me who have a strong fearless character. I therefore present you with a list (in no particular order) of passionate women (with a digital media slant) who really say something. 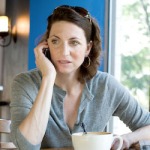 Penelope Trunk
Twitter: @penelopetrunk
Role: Founder of Brazen Careerist and blogger
Based: Some barn in the US
Why? The queen of unhindered commentary, I’ve been following Penelope’s posts for a while now and have become completely adjusted to her talking about work woes, Asperger’s Syndrome, miscarriages in the office, libido and relationships plus more. She’s not afraid to leave any topic untouched and sums it up with: “Most blogs suck because people write what they think others want to read instead of what they themselves want to read.”

Rachel Hills
Twitter: @rachelhills
Role: Freelance journalist, feminist blogger and upcoming author
Based: London via Sydney
Why? I instantly resonated with Rachel when I first started reading her work. She takes a balanced and modern approach to gender issues with a pop culture slant. She’s young, relevant, intelligent and Australian – a must-follow. I hope to enjoy another London-based high tea with her soon!

Cindy Gallop
Twitter: @cindygallop
Role: TEDster, entrepreneur, ex-adland
Based: New York
Why? Cindy’s Twitter bio really says it all: “I like to blow shit up. I am the Michael Bay of business.” She’s the ultimate free spirit and role model for women’s change and advancement. She created MakeLoveNotPorn (launched at TED2009) and IfWeRanTheWorld. She’s also excellent at curating the best women-related news and articles in her social channels.

Laurel Papworth
Twitter: @silkcharm
Role: Social media and communities consultant
Based: Sydney
Why? Laurel has been working in the social media space before it was the social media space, and as a result has quite the profile. I really admire Laurel, mostly for her resilience and stamina. There’s been a few times now when I’ve randomly checked Twitter and noticed an onslaught of negativity addressed at her and she still just gets on with it.

Meg Pickard
Twitter: @megpickard
Role: Digital Engagement for Guardian News & Media and creative geek
Based: London
Why? I heard Meg talk at the Media09 Conference in Sydney and was hooked. Her work seemed like an absolute dream job at a time when I was at the intersection of digital, publishing and communities. I recommend reading Meg’s personal and professional blogs as I love the style, tone, content and photography, and I’m sure it’s subconsciously influenced my own.

Kara Swisher
Twitter: @karaswisher
Role: Founder and co-executive editor at AllThingsDigital
Based: SFBA
Why? This one probably doesn’t need much elaboration… Kara’s incredibly influential as one of the tech community’s most experienced and heralded reporters, plus she’s a gay female in a straight male dominated industry. Respect.

Angie Chang & Shaherose Charania
Twitter: @women2
Role: Cofounders of female-founder focused organisation, Women2
Based: SFBA
Why? Continuing on with the tech theme, this duo pretty much created the only female network I’ve ever found useful and relevant. Each doing cool stuff in their own right, they continually give back with their work on Women2 and it’s great to see them be recognised by FastCompany, among others, as two of the biggest women players in tech. And yes, I know this breaks my list numbering!

Jolie O’Dell
Twitter: @jolieodell
Role: Writer at VentureBeat
Based: SFBA
Why? Having worked as a tech journalist for ReadWriteWeb, Mashable and now VentureBeat, Jolie’s had a stellar career. Plus she’s also studying computer science, which means extra cred! However, what stands out for me is her candid and reflective nature in her personal blog posts. Here she discusses everything from productivity and alcoholism to journeys into C#. She’s also brilliant on camera.

Rachel Botsman
Twitter: @rachelbotsman
Role: Co-author of Collaborative Consumption: What’s Mine Is Yours
Based: Sydney
Why? I saw Rachel speak at TEDxSydney 2010 and was inspired by her every word. She’s written a book, nurtured a movement, joined the Collab Fund, regularly unearths upcoming social businesses and has a beautiful new son. I really respect how she balances male and female leadership qualities with ease and blends thinking with doing.

Hermione Way
Twitter: @hermioneway
Role: Video Director for TNW, Founder Newspepper and Techfluff.TV
Based: SFBA
Why? A self-described “Natural born enthusiast for life”, I met Hermoine through the lovely Chloe Nicholls and instantly found her carefree attitude addictive. She’s social, speaks her mind and an entrepreneur in her own right.

So, who do you admire for voice and strength? I’d love to read about more women in our everyday networks, so feel free to replicate, post and share.