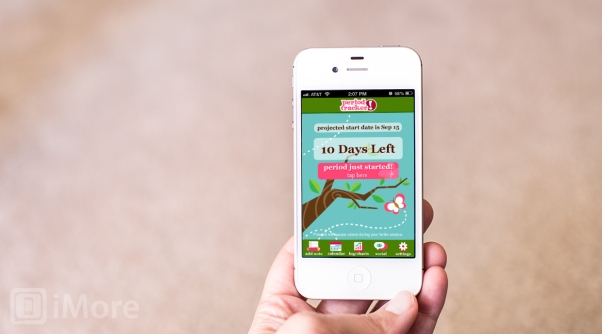 You might have been aware of The Fetch Conversation dinners we’ve been holding around topics such as ‘Content Strategy’ and ‘Quantified Self’. I’ve been fortunate to attend each one across San Francisco, Sydney and Melbourne – meeting a smart and friendly crew of fellow diners along the way. So, it feels like we’ve covered the QS movement to verbal death by now but I wanted to share one of the things I found most interesting here.

You see, many of the current applications of QS have focused around fitness (FitBit, Nike+ FuelBand, RunKeeper), behaviour (Lift, Everest, even RescueTime for productivity) and sleep (Lark, SleepCycle). However, one of the most practical and useful takes I’ve seen are the Period Trackers. I know it’s never an easy topic to cover (don’t worry, I’m not about to relay any tampon jokes) but I think we actually do tech a diservice by not bringing real, daily issues to the forefront in detail. A couple of iOS dudes hardly say: “Cool, we should totally relate to and solve this problem!”… so it’s back to creating another photo-sharing app they go.

I’ve never been one to track any cycles in a calendar or diary so each month I’m almost like a male – a surprised beginner when it comes to this stuff. It’s remarkable what a wave of hormones do to the mind, and all of the sudden I’m like: “What the hell is wrong with me?” and a short while later, it’s like “Aha, that’s why”. This is why the app is so helpful. It helps you understand yourself. For starters, it prompts you to enter the beginning and end of your cycle, meaning it reminds you when you’re next due (and presumably gets smarter and more accurate if the cycle’s irregular). For those planning to set-up house, it’ll also calculates when you’re fertile and ovulating.

The only downside of health-related QS? And this point came up at a dinner… is that you become hyper-aware of your body’s every move and function. No more background processing. The data can rule you instead of letting you rule the data.

The apps, and I’m mainly highlighting GP Apps’s Period Tracker one here, are really simple and pretty average in their execution – meaning there’s a massive opportunity here. Get on it!

3 thoughts on “Quantified self for women done well”